The Cold and the new year 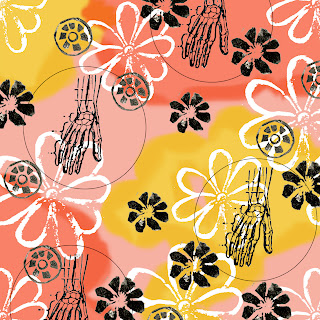 I was afraid to turn off the T.V. last night, afraid to slip out from under the sheets to change into my Pajamas.... it all felt insurmountable. I'm alone. I watched Cold Play ring in the new year and just fell asleep in my clothes. Somewhere in the wee hours the blaring voice of a televangelist woke me up and I clicked the off button and sunk into an uncomfortable dream.
There's a type of coldness that can't be remedied with flame. It's dark and slow and breathless, it settles in deep for awhile. You can't wail it away. One day, early in the summer you look behind and realize that it's lifted and slinked off waiting for another season. Until that unplanned day you feel as though it's yours forever.... The Cold.

• 2011, the year I made a decision to be a real artist. The kind that makes money unapologetically, anyway she damn well pleases. The year I made the choice to be interdependent rather than dependent or independent. I met amazing people that accepted and validated me. I spent wonderful days growing and loving my beautiful children.

my favorite things in no particular order

buy an iphone case or skin

Promote Your Page Too